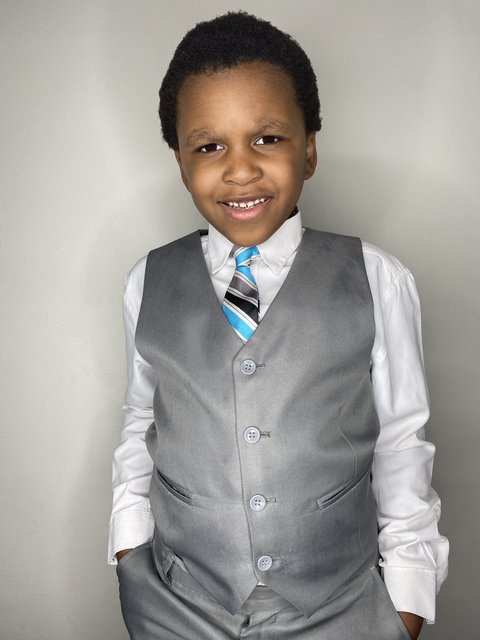 What they say is true; candy makes the sour parts of life taste a whole lot sweeter. Kyree Johnson, the world's youngest candy king discovered this simple truth when he was just 7 years old. Kyree has taken his love for candy and turned it into a business, candy lovers dream about.

Kyree is the CEO of Kyree’s Candy Shop. This fun and tasty candy shop began as an idea to own vending machines. Not having the capital to purchase the vending machines, his mother and manager suggested they raise the money by selling bags of candy. His candy bags were such a hit in his community that he added candy cups as well as gumball tubes. These additions have also been a hit and he continues to enjoy the business of selling classic candy treats.

Owning a business has not only been a fun experience for this daring and adventurous kid who loves anything with numbers, owning a business has also made a huge difference in his life. Kyree was identified as non-verbal at the age of 3. Without an idea about how his communication would develop over time, his mother wanted to establish a way for him to earn a living and provide for himself as an adult. Kyree’s Candy Stop has become an integral part of his development. In less than two years, he went from being completely non verbal to gradually gaining speech to being able to introduce himself to customers and invited them to shop with him. His story has not only intrigued his doctors but it has also encouraged and inspired other families of non verbal kids to look for creative ways to get their children talking.

In 1 year Kyree hopes to expand his business by purchasing and placing 5 vending machines into the businesses in his area. His mission is to help bring happiness and joy to those who enjoy his personally curated sweet treats all while inspiring families of non-verbal kids.

Be sure to follow him on social media to stay up to date on all his adventures and progress.

For more information about Kyree, Kyree’s Candy Stop or to request an interview, contact:

Find him on Social Media